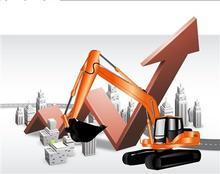 The unprecedented development of the construction machinery industry through the â€œGolden Ten Yearsâ€ of unprecedented development of external attraction, coupled with the ever-increasing competition among enterprises, the entry barrier to the industry is declining, all of which makes the construction machinery is no longer the exclusive minority, began to enter To millions of households.

In view of this, many marketing strategies of construction machinery companies have also changed with the times, no longer confining their contacts to agents and users, but gradually incorporating the general public into brand audiences. Leading enterprises in construction machinery have also emerged from the professional field and become familiar â€œmassâ€ brands.

From professionalism to popularization, this means that the marketing approach needs to undergo disruptive changes. In the past, professional, boring, and highly preached propaganda means will be replaced by warmth, pleasure, and subtle publicity. Marketing has gradually emerged in the construction machinery industry.

In recent years, the construction machinery industry has continued to grow and develop. In the process, the corporate social responsibility is rapidly awakening. Its brand image has begun to flash in various social public welfare undertakings. The Yaâ€™an earthquake, which took place in the heart of the countryâ€™s people in the past, took an example. After the earthquake, domestic construction machinery companies invariably rushed into the disaster site, dedicated their love and actively participated in the rescue.

In this process, the brand LOGO on the equipment and the corporate identity behind the rescue personnel have taken a hitch in the media and overwhelming publicity and reporting, constantly impacting the eyes and ears of the public, and the popularity and reputation of the brand. This quietly improved.

Another example is the â€œTriple Prosecution of Barack Obamaâ€ incident, which may appear to many people as worthless as the probability of success is minimal. In this case, however, Sany still chose â€œattackâ€ without hesitation, and it was precisely this â€œknowing that it was impossible to do itâ€ that gave birth to an unprecedented move by Chinese companies to sue the US president.

Not to mention what the outcome of Obamaâ€™s outcome was, and from a marketing point of view, it has been a great success only by taking this step. From October 18, 2012, Sany called on Obama to hold a press conference. Within a period of several months, after all media's vigorous rendering, almost all sectors of society have been concerned about this incident. The influence has thus been greatly promoted. On the Other hand, Sany prosecuted Obama for adding new options to Chinese companies to go global and defending their rights, that is, not evasive and using legal means to deal with it, which opened the way for Chinese-owned enterprises to defend their rights in the United States. As a result, Sany also â€œpulled a lot of votesâ€ for its popularity while rapidly expanding its popularity, which has enhanced its brand reputation.

By leveraging on event marketing, it is indeed possible to quickly increase the brand's natural exposure in a short period of time, so that a wide audience can unconsciously deepen their sense of identity. However, event marketing often has a great chance. Therefore, when brands are ready to polish their eyes, they should also exert their own efforts to find opportunities to effectively increase exposure, such as cross-border marketing.

The fans who insisted on watching the Super League game should not be unfamiliar with the name of Shandong Lingong in the past two years, because the name will appear on the billboards of each Super League game, and from time to time, before the official start of the game, live fans Have the opportunity to see the wonderful Super Caravan show of Shandong Lingong on the sidelines, together with the uniform and regular dealers watching the phalanx, all this makes the temporary "Yellow Whirlwind" become a difference in the Super League in more than two years Kind of landscape.

Through the sponsorship of cross-border marketing in the China Super League, Shandong Lingongâ€™s brand awareness (especially among fans) has been greatly improved. It has quickly exceeded the professional limitations of construction machinery and penetrated into the general public sector. It can be described as the construction machinery industry. A great example of cross-border "riding".

In addition, because a single brand publicity is too vague, attaching a brand to a product model and selling it is also a low-cost, warm, convenient, and effective promotional method that companies are currently willing to adopt. As the Transformers and excavator models mentioned in the opening chapter of the article, model owners and their surrounding populations will naturally have an impression on the brands they belong to when they are in intimate contact with the model, thus unknowingly enhancing the brand's recognition. Acceptance. In recent years, this "small episode" of cross-border marketing has been adopted by more and more construction machinery companies.