Electro-election process of ilmenite and rutile

Electro-election process of ilmenite and rutile
Because the needs and development of military industry and other industries need to increase the requirements for iron ore and rutile titanium's. According to incomplete statistics of available data, the annual production of titanium concentrates in the world is more than 4.5 million tons.
Ilmenite and rutile are divided into primary ore deposits, terrestrial sand mines and coastal sand mines. However, regardless of primary ore deposits, they must be pre-enriched by gravity ore dressing and then electrified. Otherwise, it is extremely uneconomical. In addition, smelting and various industries require titanium concentrates containing more than 48% TiO 2 . The ilmenite from a factory in Sichuan was first re-elected, then dried by hot air, and classified by electric separation. The electric separator used was a Î¦300 Ã— 2000mm three-barrel high-pressure electric separator. The concentrate contained nearly 48% of TiO 2 .
As far as the world is concerned, most of the ilmenite and rutile are currently recovered from coastal sand mines. This is currently the most important source, and production is now increasing. The first is the recovery of ilmenite and rutile in the coastal sand mines in Florida, USA. The annual production of titanium concentrates in the United States is over 400,000 tons. Since then, Australia has recovered titanium minerals from coastal sand mines, ranking first in the world, with at least 1.5 million tons per year. In recent years, there are eight companies in the country that use electricity to recover ilmenite and rutile. Sierra, West Africa, now produces 100,000 tons of rutile and ilmenite concentrate annually. In addition, the Soviet Union also used electro-selection to sort out the titanium concentrate of the sand mine, with an annual output of more than 100,000 tons. Other countries also recover titanium minerals from coastal sand or land sand ore, and the annual output is not low. China's coastal mines have a considerable amount of resources, and are currently concentrated in Hainan and Guangxi coastal areas of Guangdong, recycling a certain amount each year, but the output is not high.
The most prominent feature of seashore sand mines is that the minerals have been dissociated by the monomers, so there is no need for a large amount of operations such as crushing and grinding in the front. Generally, the weight of minerals per cubic meter of beach sand varies from 1 to 3 kg, and Another advantage is that the fine-grained grade (-150~200 mesh) is extremely low. These sea sands are coarse ore concentrates of the type containing magnetite, ilmenite, rutile, zircon and monazite, which were selected from the re-election plant on the waterfront, and then selected on the seashore or land. The electrification is the main selection method for qualified titanium concentrate, lead stone and monazite.

Figure 1 Flow chart of a factory in Guangdong

For example, the main coarse concentrate of a selected plant in the south is from Hainan Island. The raw materials are pre-extracted on the waterfront or land by re-election method, and then concentrated to the plant for selection. The TiO 2 containing titanium minerals in the raw materials of the selected plant is 30~38%, ZrO 2 is 6~7%, and the total rare earth TR 2 O 3 is 0.63~0.7%. Mineral composition of ilmenite, zircon, rutile, monazite, xenotime, magnetite, limonite, leucoxene, and a small amount of cassiterite, gold, tantalum and niobium ore. The gangue minerals are quartz , garnet , tourmaline , epidote, cross stone and kyanite. The process used is shown in Figure 1.
Since the raw materials come from various regions and the nature is also complicated, the process adopted is also complicated, but it has flexibility. The sorting indicators are shown in Table 1. [next]

The ore is re-elected coarse ore concentrate or flotation coarse concentrate, containing 80~95% heavy minerals, and the ore size is -16+400 mesh. It is sorted by Carpco type electric separator, and the ore is preheated to 93. The processing capacity of each device is 14t/h; the maximum is 50t/h. The final concentrate obtained is calculated as titanium-containing minerals with a yield of 99% and a recovery rate of 98%. The index is relatively advanced.

Needle part mould refers to plastic Needle Hub Mould and plastic Needle Cap Mould. It is generally made from P20H and STAVAX steel. And customized mould steel for it is also available.

Needle part mould is of higher precision and more mould cavity than Syringe Mould, and its working life is also longer, even more than 5 million shots.

(the mould steel can be made at your request) 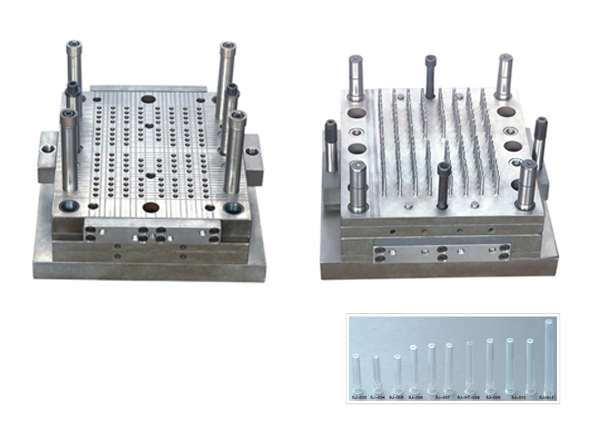 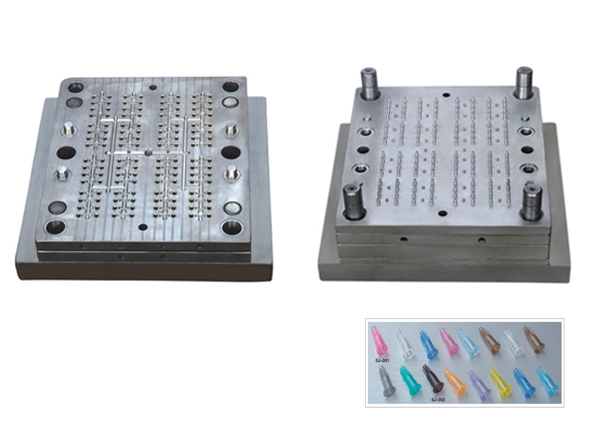 1. Are you a factory or trading company?

2. How about after-sale service?

One million shots is within defects liability period, and lifelong maintenance is offered.

3. Can we visit your factory?

Of course. We`re always looking forward to your visit.