Major technical equipment development has repeatedly broken through China's efforts to create big things
While many people are still screaming at the global shelves of Chinese-made clothing, shoes and hats, and daily necessities, China has begun to make "big things".

Recently, the 100th top drive produced by Beijing Petroleum Machinery Factory was successfully delivered. Since January 2003, the Beishi Plant has completed the development and sales of 100 top drives in only four and a half years, creating a miracle on the road of large-scale drilling equipment industrialization. Top drive is one of the major frontier equipments in the world's oil drilling engineering industry, representing the highest level of oil drilling equipment. Before the industrialization of â€œNorth Stone Driveâ€, Chinaâ€™s top drive has always relied on imports.

Since the promulgation of the "Several Opinions of the State Council on Accelerating the Revitalization of Equipment Manufacturing Industry" in June 2006, China's major technological equipment development has repeatedly broken through, and "big things" have emerged one after another.

Experts here said that China's accelerated development of equipment manufacturing industry is based on internal needs. As an important carrier of high-tech industrialization, the revitalization of equipment manufacturing industry will vigorously promote the development of information technology, nuclear technology and space technology. On the other hand, it is also of external pressure. In the context of the â€œChina threat theoryâ€ continues to heat up, and the United States and other countries are constantly upgrading their high-tech regulations in China, if China does not rely on independent innovation, it has key technologies and equipment. The breakthrough will undoubtedly be in a very passive situation.

In the past two years, Chinese officials have given full policy support to the accelerated revitalization of the equipment manufacturing industry. The "Several Opinions of the State Council on Accelerating the Revitalization of the Equipment Manufacturing Industry" stipulates that national key projects for ordering and using the first (set) of domestically produced major technical equipment may be prioritized. In April this year, the Ministry of Finance and other four ministries and commissions issued a notice to impose a pre-return on the import tariffs and the value-added tax on imports of key components and raw materials imported by domestic enterprises for the development and manufacture of related equipment.

However, experts have warned that at present, although China has made progress in creating "big things," it is still in its infancy. For example, high-end products such as fiber optic equipment, integrated circuits, and high-end medical equipment still rely on imports, and Chinese people have not yet mastered core technologies.

We are a professional manufacturer that is specialized in producing undercarriage spare parts for Excavator, Bulldozer and other construction machines.

Hyundai, Kobelco, Samsung, Sumitomo, Volvo and so on. 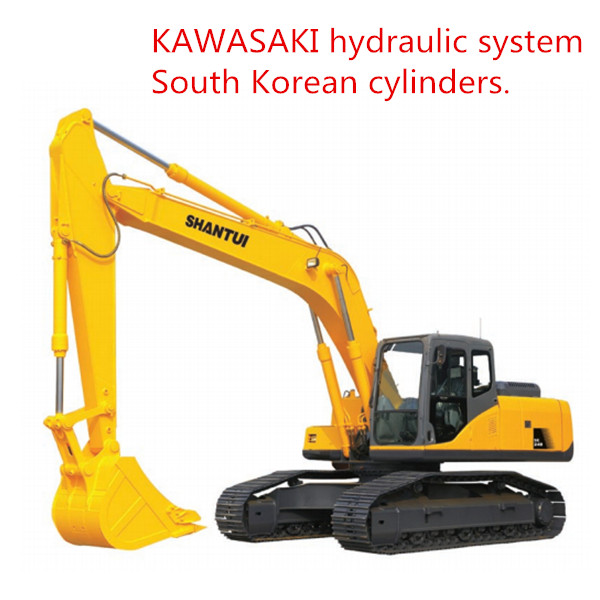 Another Excavator Parts We also Supplied.