Tungsten is a dominant mineral classified by China as a protective mining. In order to curb the occurrence of excessive mining, destruction of the environment, waste of resources, and to protect the dominant position of tungsten resources in the world, in recent years, the state has issued a series of macro-control policies regulating the development of the tungsten industry. It has played a good role in the healthy development of the tungsten industry, not only protecting China's tungsten resources, but also improving China's right to speak in the industry.

To rectify the order of tungsten ore resources development, to combat illegal mining of stealing, to promote the healthy development of tungsten industry, the State Council in July 2005 forwarded by seven ministries jointly developed "on the strengthening of tungsten, tin and antimony industry management" ([2005] Circular 38). The "Opinions" pointed out that it is necessary to strengthen the supervision and management of the industry, regulate the order of mining, smelting, processing and domestic and foreign trade in the industry; further improve the industry access system, and rectify the order and operation order of tungsten mining. In December 2006, the National Development and Reform Commission announced the entry conditions for the tungsten industry, stipulating that in addition to achieving a certain scale of production, production enterprises must meet the specified requirements on energy consumption and environmental protection. At the same time, it has also made strict regulations on the establishment and layout of production enterprises, production scale and process equipment, resource recycling and energy consumption, environmental protection and product quality. This has greatly increased the barriers to entry for the tungsten industry and prevented companies with backward technology and small scales from entering the industry.

(2) Stopping the tungsten mining license and rectifying the mining order

In response to the phenomenon of declining market prices, oversupply of products and vicious low-price competition, China has implemented a total mining control and export quota management system for the exploitation and export of tungsten products. In order to suppress the disorderly mining of tungsten ore, since 2002, the country has established the total amount of tungsten ore mining each year and has released the mining indicators to various provinces. Similarly, quota management is also applied to the export of tungsten ore, and the total amount of exports is controlled (see Table 2).

(5) Raising resource taxes and increasing the cost of tungsten mining

In order to further improve the efficiency of resource utilization, fully reflect the scarcity of tungsten resources, and achieve sustainable development of tungsten resources, the Ministry of Finance and the State Administration of Taxation issued a notice (Cai Shui [2007] No. 100), starting from August 1, 2007. The tungsten ore resource tax is adjusted by the applicable tax standard. The previous three, four, and five levels of tungsten ore resource tax are 0.6 yuan/t, 0.5 yuan/t, and 0.4 yuan/t (tungsten ore ore), which are now adjusted to 9 yuan. /t, 8 yuan / t, 7 yuan / t (tungsten ore ore), respectively, 15 times, 16 times and 17.5 times the yuan standard. This has greatly increased the mining cost of tungsten ore and has hit the phenomenon of indiscriminate mining.

Since the implementation of the national macro-control policy, China's tungsten industry has gradually changed the past development mode of high consumption, high pollution, and low added value of products, and has developed toward large-scale, group, and high-tech. At present, the product structure of the tungsten industry is gradually optimized, and the product development speed is accelerating. Moreover, Jiangxi has established a tungsten new material science and technology export and innovation base in Zhangzhou; and established a national-level scientific and technological innovation research and development center in Zhuzhou and Xiamen. At the same time, the industry is increasingly developing in the direction of scale. The proportion of large-scale state-owned enterprises and the total economic output have further increased. The sales of seven tungsten processing enterprises in the country account for more than 50% of the whole industry.

During the six years from 2002 to 2008, the export price of tungsten in China showed a trend of increasing year by year. In 2002, the average export price of tungsten products in China was less than US$10,000/t, which increased to about US$35,000/t in 2007. In 2008, affected by the financial crisis, the average price of tungsten was 34,123. 2 US dollars/t, which increased during the past five years. Nearly 3.5 times. From 2002 to 2008, the prices of tungsten concentrates such as tungsten trioxide, APT, tungsten wire and tungsten rods are all on the rise. In 2008, due to the impact of the international financial crisis, prices of related products such as tungsten rods fell (see Figure 1).

(3) The increase in output of tungsten concentrates has decreased and resources have been protected.

In 2002, the output of main products of tungsten concentrate in China was 67,200 tons, which reached its peak in 2004 and increased to 85,400 tons. Since 2006, the products of major tungsten concentrate products have shown a downward trend, showing that the effectiveness of macro-control effects is very significant. In addition, the output of major tungsten products such as APT, tungsten oxide, tungsten powder and tungsten rods is also slowly developing or even declining, reversing the development of blindly rapid growth in the past (see Figure 2).

In China's macro-control policies on tungsten mines, an important purpose of eliminating export tax rebates and raising tariffs is to curb exports, protect resources, and promote the optimization and upgrading of industries. According to the results of the five-year policy implementation, the export volume of tungsten products in China is slowly growing, and there has been a downward trend in 2007.

In 2008, the effects of various macro-control policies were concentrated, and affected by the financial crisis, exports have fallen to levels before 2003. However, the import volume has steadily increased, from 1,635 tons to 6629.8 tons at the peak, which has more than doubled (see Figure 3), which fully realizes the purpose of implementing macro-control policies in China.

Although the Ministry of Land and Resources has issued annual tungsten production indicators, and requires the relevant provincial (municipal, district) land and resources management departments to be based on the state of the relevant city and county mining enterprises in their respective jurisdictions, the development and utilization, the level of resource utilization, the indicators Decomposed into counties and mining enterprises. However, in the specific implementation process, it can not be carried out according to the indicators, resulting in the total production at the end of the year greatly exceeding the production indicators at the beginning of the year, undermining the country's overall development plan. For example, in 2005, the total amount of mining produced by the state was 52,000 tons, and the actual production was 73,400 tons, with an excess ratio of more than 20%. In some regions, export quotas are also ineffective. In 2008, most enterprises used export quotas of only 1/2, and the quota system could not achieve the purpose of protecting resources.

Through the macro-control policies in recent years, the state has strictly controlled the export of products and raised the price of products, but the rise of international prices has stimulated the smuggling activities of domestic tungsten-related products. It is estimated that smuggling of APT and tungsten oxide can avoid 10% of export tariffs, and tungsten iron can escape 20% of export tariffs, and the benefits are very impressive.

In 2008, there were always low-priced tungsten products smuggled out of the market, which disrupted the market order.

(3) The integration of the tungsten industry has damaged the legitimate interests of small and medium-sized enterprises.

In 2002, the country stopped issuing new mining licenses for the tungsten industry. At the same time, it integrated small-scale, heavily polluted mines with tungsten products processing enterprises with low technological content and low production capacity to form large mining groups and improved China. Tungsten products and tungsten prices have the right to speak internationally. However, this series of policies ignores the interests of small and medium-sized mining enterprises and mineral processing enterprises. When the mining situation is not good, they have contributed to the development of the country; when the international mining situation turned better, it was closed or integrated into other mining companies, which led to the dissatisfaction of many small and medium-sized enterprises.

The  loader  is an earth-rock construction machine widely used in road, railway, construction, hydropower, port, mining and other construction projects. It is mainly used for shovel loading bulk materials such as soil, sand, lime, coal, etc. Hard soil, etc., for light shovel. Different auxiliary work devices can be used for loading and unloading of bulldozers, lifting and other materials such as wood.
In the construction of roads, especially in high-grade roads, loaders are used for the filling and excavation of subgrade works, asphalt mixing materials and aggregate and loading of cement concrete yards. In addition, you can carry out operations such as pushing soil, leveling the ground, and pulling other machinery. Because the loader has the advantages of fast operation speed, high efficiency, good maneuverability and light operation, it has become one of the main types of earth and stone construction in engineering construction.

We are located in Jining city,Shandong province with convenient transportation access. Dedicated to strict quality control and thoughtful customer service, our experienced staff members are always available to discuss your requirements and ensure full customer satisfaction.

In recent years, we have introduced a number of advanced production equipment, and also have an excellent production team and a complete quality assurance system to ensure that each batch of goods is delivered to customers in a timely and high quality.

We also have an excellent management team, experienced technical staffs and professional sales team to solve all problems you encountered before and after sales. In addition, we have obtained I S O 9 0 0 1:2 0 1 5 certificates. Selling well in all cities and provinces around China, our products are also exported to clients in such countries and regions as United States, Europe,Australia, Southeast Asia,Russia,the Middle East,Africa. We also welcome OEM and ODM orders. Whether selecting a current product from our catalog or seeking engineering assistance for your application, you can talk to our customer service center about your sourcing requirements. 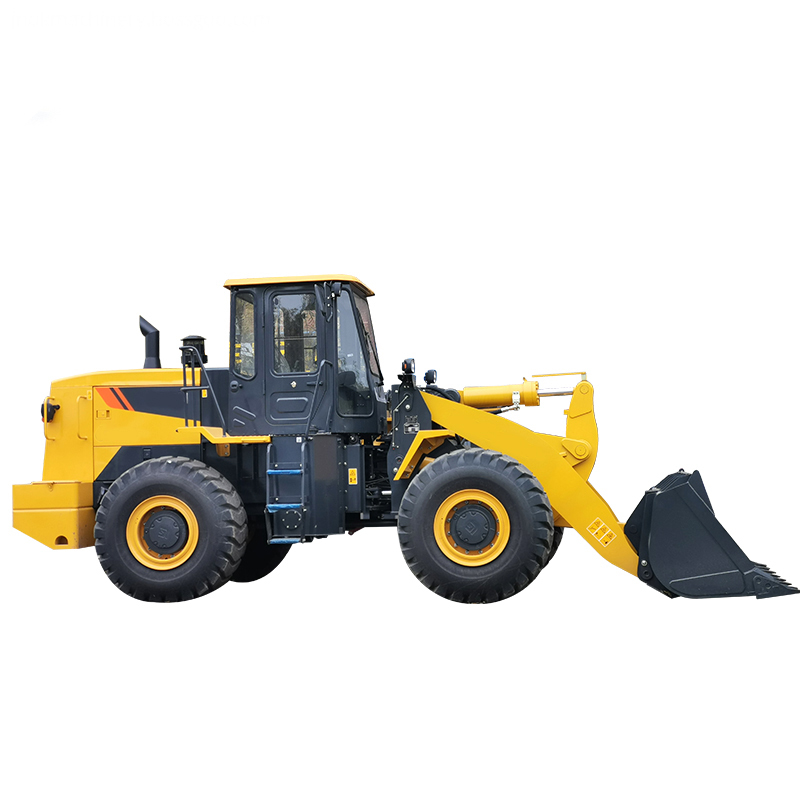